Seychelles, one of the top tourist destinations for travellers, leaps towards immunization as the country launched its national COVID-19 Immunization Campaign on Sunday, January 10, 2021.

Leading by example, is the President of the Republic of Seychelles, H E Wavel Ramkalawan, as he takes the SinoPharm COVID-19 Vaccine, making him the first Head of State in Africa to take the first jab.

The campaign launch, held at the Seychelles Hospital started on a high note as about a hundred people including leaders, health workers, media personalities received their first shot of the SinoPharm COVID-19 showing their support towards the country’s immunization efforts.

Following the launch, the Ministry of Health will roll- out the administering of the Vaccine to key groups in the country as of Monday, January 11, 2021, starting with Health Care Workers and other front-line groups including the tourism industry operators.

President Ramkalawan restated the need for the country to unite as a nation and to rally behind the Health Authorities to help curb the spread of this deadly virus, protect the lives of all citizens and restore economic development in the country.

Attending the ceremony was the Former President of the Republic, Mr Danny Faure, who thanked President Ramkalawan for having him present and receive the vaccine. This greatly shows solidarity in the country, from previous to present leaders, as it battles the COVID-19 pandemic. 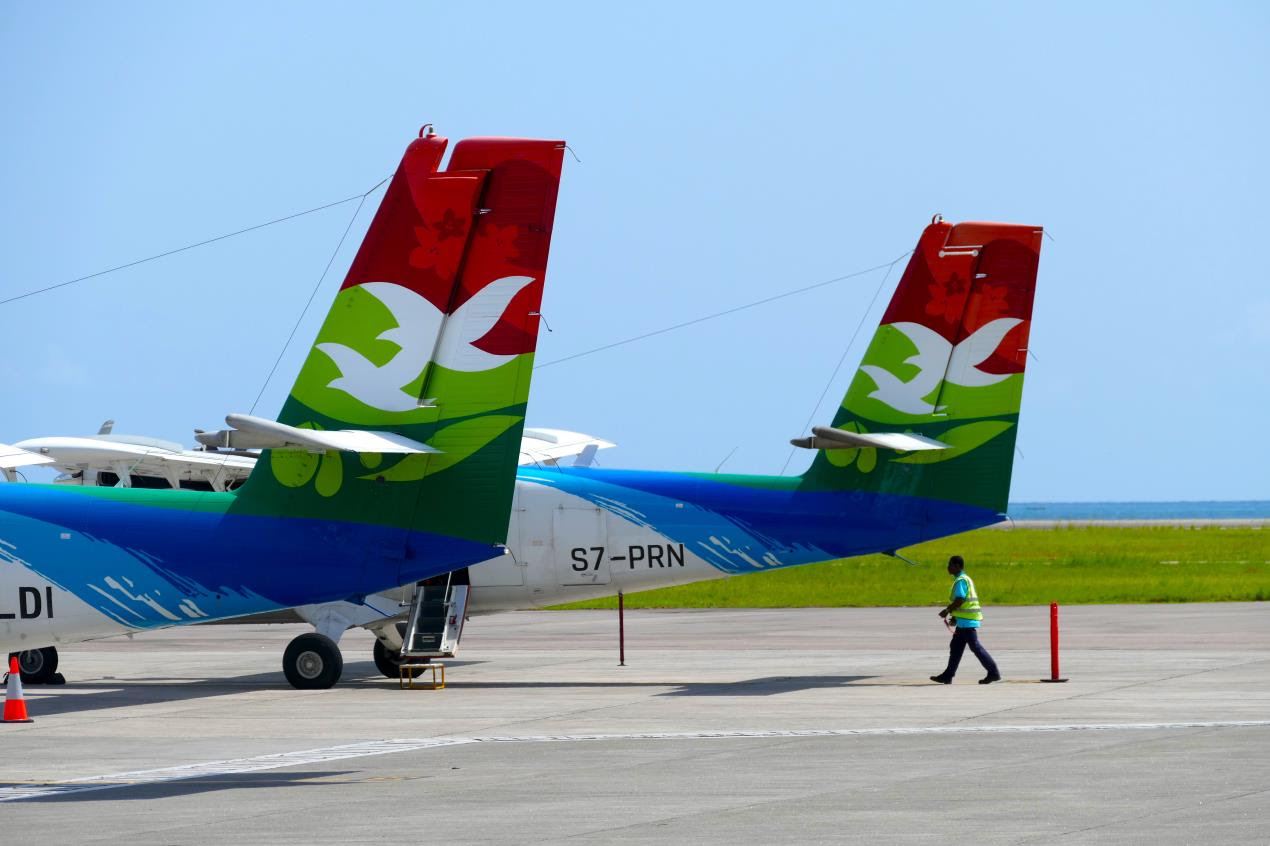 President Ramkalawan also gave special thanks to the Crown Prince of Abu Dhabi and Deputy Supreme Commander of the UAE Armed Forces, His Highness Sheikh Mohamed bin Zayed Al Nahyan for the donation of 50,000 doses of the Sinopharm COVID-19 vaccine, which was offered during President Ramkalawan’s visit to Abu Dhabi in December.

The President added that this is a testimony of the excellent friendly ties that exists between the two nations that have been further consolidated through continuous support for the mutual benefit of both peoples.

“With such a robust vaccination campaign, Seychelles aims to be the first country in the world to vaccinate at least 70% of its over 18 population. From there we will be able to declare Seychelles as being COVID safe,” President Ramkalawan emphasized.

The president added that the UAE Government would also be donating another batch of vaccines to the country soon.

President Ramkalawan also thanked the Indian Government for an offer of 100,000 doses of the Oxford Astra-Zeneca vaccine which is due to arrive in the country at the end of January.

Speaking of the vaccination Seychelles Minister for Foreign Affairs and Tourism, Mr Sylvestre Radegonde mentioned the importance of this move by the government for the industry.

“The COVID-19 immunization campaign is an important milestone for the restart of our tourism industry as the country balances its efforts to maintain its tourism activities and protect its population from further spread of the virus. The world has not come to a standstill and there are people who are still keen to travel. We need to fast rebuild our industry for our economic prosperity depends on it.” said Minister Radegonde.

Minister Radegonde further restated the need for the tourism industry partners to remain vigilant for their safety and the safety of the population.

Over View Seychelles The Destination, all the islands have been blessed with many natural assets and attributes including possessing a near-perfect and disease-free climate; an endless list of world-beating beaches; a sanctuary for some of the world’s rarest species of flora & fauna and an enviable conservation record whereby almost half of the 455 sq.km landmass has been set aside as natural parks and reserves.  There are also no less than two UNESCO World Heritage Sites: the extraordinary Vallée de Mai where the legendary, double-lobed coconut, the Coco-de-Mer grows high on ancient palms in a setting so surreal it was once thought to be the original site of the Garden of Eden, and Aldabra atoll, the planet’s largest raised coral atoll.

View all posts by Staff Contributor

Did you know that you can be fined £1000 on UK beaches if you take a pebble? We listed some of the top beach rules for the UK heatwave that most of us don't know about. Check it out on site.
Ways To Keep Up With Your Exercise Routine on Vacation
5 of the Best Small Countries To Visit in Europe
Brewdog Kennels. Aberdeen. Scotland. @brewdogkennelsabd
EDINBURGH TOUR FOR A FRIEND.
The Best Destinations in Asia for Family Adventures