Skip to content
Hyperloop One, the only company in the world that has built a full-scale Hyperloop system, today announced the winners of its Hyperloop One Global Challenge to identify the strongest new Hyperloop routes in the world.

Imagine a transport system that could take you from London to Paris in 28 minutes, Paris to Madrid in 1 hr 16 min or even London to Rome in as little as 1 hr 41 min. This system could, potentially, change the face of business travel forever.

If you are unfamiliar with Hyperloop, this will change in the next few years as news and excitement drastically increases. For now, let us introduce you by revealing that Hyperloop is a new form of transportation, which will transport people quickly, safely, on-demand and direct from origin to destination. The Hyperloop pod accelerates gradually via electric propulsion through a low-pressure tube and the vehicle quickly lifts above the track using magnetic levitation and glides at airline speeds for long distances, due to ultra-low aerodynamic drag. Hyperloop systems will be built on columns or tunnelled below ground to avoid dangerous grade crossings and wildlife. It’s fully autonomous and enclosed, eliminating pilot error and weather hazards. It’s safe and clean, with no direct carbon emissions.

Hyperloop One, the only company in the world that has built a full-scale Hyperloop system, today announced the winners of its Hyperloop One Global Challenge to identify the strongest new Hyperloop routes in the world. Following a close assessment of the proposals by a panel of experts in infrastructure, technology and transportation, ten teams from five countries were chosen from among hundreds of applicants. Hyperloop One will commit meaningful business and engineering resources and work closely with each of the winning teams/routes to determine their commercial viability. Additionally, as a direct result of the Global Challenge, Hyperloop One and the Colorado Department of Transportation (CDOT), with support from AECOM, will enter a public private partnership to begin a feasibility study in Colorado.

“The Hyperloop One Global Challenge started as a call to action for innovators, engineers, trailblazers and dreamers around the world who shared our vision of creating a new mode of transportation,” said Shervin Pishevar, co-founder and Executive Chairman of Hyperloop One. “The Global Challenge became a movement of thousands of people from more than 100 countries over six continents. Like us, they believe that Hyperloop will not only solve transportation and urban development challenges within communities, it will unlock vast economic potential and transform how our cities operate and how we live. Our successful test this summer made Hyperloop a reality, and now we’re ready to bring our Hyperloop system to the world.”

Hyperloop One will now work closely with each winning team to validate and analyse their proposals further, and provide initial ridership forecasts, business case and preliminary technical analysis of the route and corridor, tailored to the needs of the individual route. Hyperloop One’s business and technical leaders will host in-country workshops with each team, and connect them with Hyperloop One’s global partner network to sharpen the feasibility and scope of the potential routes. Another 11 finalist teams will continue to develop their proposals with the support of Hyperloop One.

The Hyperloop One Global Challenge kicked off in May 2016 as an open call to individuals, universities, companies and governments to develop comprehensive proposals for deploying Hyperloop One’s innovative transportation technology in their region. The winning teams/routes were chosen based on specific criteria including well-defined routes and implementation strategies, key stakeholder involvement from public and private sectors, compelling business cases, and innovative and creative applications of a Hyperloop system.

“The excitement around Hyperloop is in its potential to reimagine transportation by eliminating the barriers of distance and time,” said Michael S. Burke, AECOM’s chairman and chief executive officer. “That half of the winning teams are supported by AECOM demonstrates the power of our connected expertise and is further evidence that these are the kinds of problems AECOM is built to take on and solve. We’re excited to be part of Hyperloop One’s efforts to create impactful use cases for a technology that can transform what it means to get from point A to B anywhere in the world.”

Hyperloop One and the Colorado Department of Transportation, supported by AECOM, will enter into a public-private partnership that will begin a feasibility study that examines transportation demand, economic benefits, proposed routes and potential strategies, regulatory environments and alignment with overall CDOT high-speed travel, rail and freight plans.

“The results of the Hyperloop One Global Challenge far exceeded our expectations,” said Rob Lloyd, CEO of Hyperloop One. “We had tremendous interest in this competition, and these ten teams each had their unique strengths in showcasing how they will alleviate serious transportation issues in their regions. We’re also excited about the partnership with CDOT and AECOM, which was a direct result of the Global Challenge and a testament to the power of open innovation. This is unprecedented and demonstrates how quickly the public-private sectors can partner to make Hyperloop systems a reality around the world. Studies like this bring us closer to our goal of implementing three full-scale systems operating by 2021.”

“We are excited to partner with Hyperloop One in exploring the next step of feasibility of this innovative technology, potentially transforming how Colorado moves,” said Shailen Bhatt, Executive Director of the Colorado Department of Transportation. “The Hyperloop technology could directly align with our goals of improving mobility and safety in Colorado, and we have been encouraged by the continued progress the technology is taking.”

The company made history this summer with the successful completion of the world’s first-full scale Hyperloop test, achieving record test speeds.

“The winning teams of the Hyperloop One Global Challenge represent the best innovation and creativity from government agencies, engineering firms, academics, infrastructure experts and more,” said Josh Giegel, co-founder and President of Engineering of Hyperloop One. “We’re encouraged by these compelling projects that aim to increase passenger mobility, connect urban centres, reimagine trade and cargo and enhance quality of life. We look forward to working closely with all the winners, their partners and local authorities to examine the feasibility and scope of these routes and, ultimately, build the first Hyperloop routes around the world. We’re also excited to share that we’ll be hosting the world’s first Global Summit around Hyperloop One technology in early 2018 that will bring together all of our government and industry partners and really kick off the growth of our hardware and software platforms.”

To view route maps of the winning teams, click here.

Hyperloop One is the only company in the world that has built a fully operational Hyperloop system. Our team has the world’s leading experts in engineering, technology and transport project delivery, working in tandem with global partners and investors to make Hyperloop a reality, now. Headquartered in Los Angeles, the company was co-founded by Executive Chairman Shervin Pishevarand President of Engineering Josh Giegel, and is led by CEO Rob Lloyd. For more information, visit www.hyperloop-one.com.

AECOM is built to deliver a better world. We design, build, finance and operate infrastructure assets for governments, businesses and organisations in more than 150 countries. As a fully integrated firm, we connect knowledge and experience across our global network of experts to help clients solve their most complex challenges. From high-performance buildings and infrastructure, to resilient communities and environments, to stable and secure nations, our work is transformative, differentiated and vital. A Fortune 500 firm, AECOM had revenue of approximately $17.4 billion during fiscal year 2016. See how we deliver what others can only imagine at aecom.com and @AECOM.

RoadX is CDOT’s bold vision and commitment to being a national leader in using innovative technology and partnerships to create travel in Colorado that’s free of crashes, injuries and delays. To learn more about this rapid, fast-paced venture to transform our ageing transportation system, visit roadx.codot.gov. 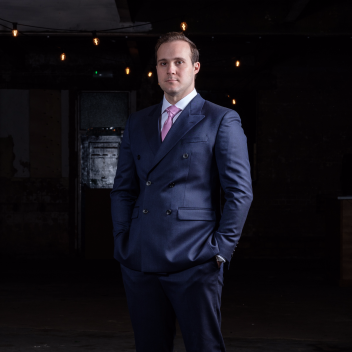 How COVID-19 Changed Air Travel for Good.
A very important article by Alice Dickinson about camping with EDS. Disabled does not mean unable. Full article on site.
Guide to Henna Art For Beginners. Full article on site. .
Love us some coffee shop working. Full article on ‘Why You Should Work In A Coffee Shop’ on the website. Let’s discuss below. @aromanorwich @blackmedicinecoffee what are your thoughts?
4 Unmissable Things to Do in the Bahamas.
How To Have A Fun & Memorable Solo Trip. Article on website. .